When disaster strikes, LCL is here for you!

Since its inception, Luxury Corporate Lodging has been focused on delivering the highest level of client satisfaction in the Corporate and FEMA lodging market. We are always here to support our guests in any way we possibly can.To support and achieve this goal, the team at LCL continues to strive to bring you the most up to date information. Here’s this week’s latest:

In St. Louis itself, more than 8 inches of rain had fallen from midnight to 7 a.m. CT — already surpassing the city’s all-time one-day record of 6.85 inches set on August 20, 1915, the National Weather Service said. More rain was expected before tapering by late morning, the National Weather Service’s office in St. Louis wrote. In the wider St. Louis area, about 6 to 10 inches of rain fell from midnight to 6 a.m., according to the weather service. Floodwater surrounded vehicles on St. Louis-area streets and crept up to apartments and other buildings, videos on social media showed.

FEMA announced that federal emergency aid has been made available to the territory in U.S. Virgin Islands to supplement the territory’s response efforts to the emergency conditions resulting from a water shortage and health impact from unprecedented sargassum seagrass influx beginning on July 15, 2022, and continuing.

The President’s action authorizes FEMA to coordinate all disaster relief efforts which have the purpose of alleviating the hardship and suffering caused by the emergency on the local population, and to provide appropriate assistance for required emergency measures. This is authorized under Title V of the Robert T. Stafford Disaster Relief and Emergency Assistance Act to save lives; to protect property, public health and safety; and to lessen or avert the threat of a catastrophe.

Patrick Cornbill has been named as the Federal Coordinating Officer for federal response operations in the affected area.

We value the relationships we have established with our FEMA clients and are always here to support you no matter where you are deployed in any way we can. 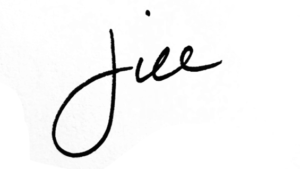